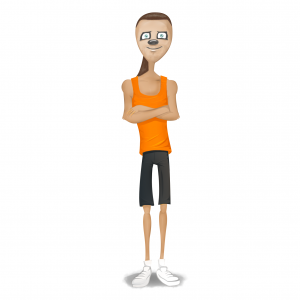 It was about one year ago that I began contemplating running the 2012 Route 66 Marathon. During the previous Summer, I had averaged 2-3 5k training runs per month with some cycling thrown in here and there.  Needless to say, starting late in September left me very much behind the 8 ball trying to prepare for a mid-November marathon.

I felt like I approached the starting line in 2012 prepared to run a solid half marathon. If I had run the half, I would be staring at a finisher’s medal with a 20-30 minute PR over OKC 2011.  Unfortunately, I was there to run the full marathon, and it would have taken a perfect day for that to happen. It didn’t, and I eventually DNF’d due to my foot injury and other health concerns.

My foot is still a challenge, and those “other health concerns” are still there, but I’m heading back to the Route 66 Marathon anyway. Though I’m not as deep into a training program as I should be, I feel like I have a much more solid base than last year.

As for the plan to get to marathon shape:

Last, but certainly not least, the most important part of my training program this year is to begin using the Subdue the Sloth GPS training app.  No, it doesn’t quite exist yet, but it’s getting very close.  With a couple more weekends of work, I should be able to start alpha testing on my runs.  With any luck, I’ll be ready for a marathon by mid-November, and STS GPS will be ready for your training runs around the same time.